Spinach – Good Or Bad For Dogs 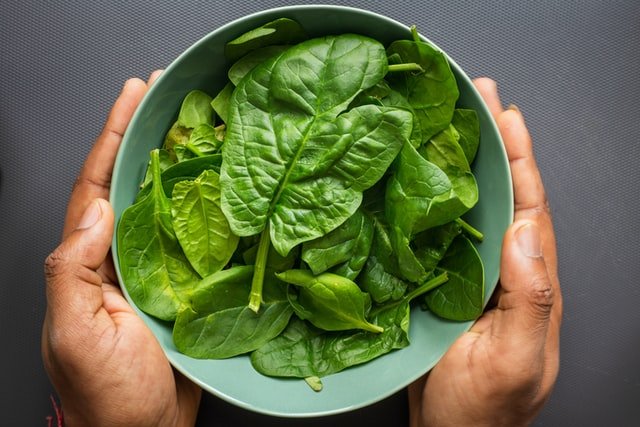 Spinacia oleracea, commonly known to us as the leafy vegetable spinach, is a popular edible known to protect us from viruses and bacteria and for boosting our immune systems due to its antioxidant properties. Let us now look beyond the uses of spinach as the vegetable Popeye used to boost his strength and look at the advantages and disadvantages of spinach for dogs.

Controversies regarding spinach as a dog food snack

Of all the foods given to dogs and arguments about them, spinach may be one of the most controversial dogs food snacks. So, the question naturally arises, is spinach good for dogs? But alas, we regret to say that there are no direct answers to this question. Instead, let us look at both sides of the controversy regarding spinach for dogs.

Before delving into the benefits and risks of spinach, let us accept the fact that dogs are wolf descendants, and hence, innately, are carnivorous and wild by nature. Sometimes, wild dogs supplement their diet by eating vegetative plants, but that is not at all an essential part of their nutrition. So, spinach for dogs is not a ‘necessary’ part of the diet.

Beneficial effects of spinach on dogs

Although dogs are carnivores who don’t essentially need vegetables in their diet, some low-calorie snacks made of vegetables like spinach can be beneficial to your pup. By putting in some spinach leaves from time to time to your dog’s meal, you can ensure your pup is supplied consistently with minerals, antioxidants, vitamins and other essential nutrients. Let us look at some of the most amazing health benefits of spinach for dogs –

Magnesium is critical in maintaining the functioning of muscle and nerve, sound blood pressure, systematic heartbeat, proper energy metabolism, and a superb immune system. Copper is responsible for boosting red blood cell growth while iron prevents anaemic conditions and helps in the production of energy.

Vitamin K helps in maintaining a strong heart and sound bones and improves the coagulation ability of blood. Vitamin C strengthens the bones of your pup and Vitamin A, being an antioxidant, supports a shiny coat while boosting the health of your dog’s eyes.

These soluble fibres are responsible for spinach’s glowing colour and for boosting their dark and light analyzing patterns. These soluble fibres, along with Vitamin A, are hence, beneficial for your pup’s eyes, especially so when they are older.

Folate is also abundantly present in spinach, which is essential in boosting red and white blood cell growth and conversion of carbohydrates to energy. Additionally, they improve the cells’ ability of their DNA repairing.

Risks associated with spinach as a dog snack

We should be clear about one thing. Spinach is strictly vegetarian food, suitable for humans. So, just like other human foods, spinach for dogs should be provided in small and moderate portions. A naturally carnivorous animal like a dog should be fed with meat at least 75-85% of their daily diet.

High quantities of spinach for dogs can result in amino acid and other nutritional deficiencies, as spinach is relatively low in protein. Being high in oxalic acid, high quantities of spinach can damage the kidneys too, as oxalic acid blocks calcium absorption in the body. Deficiencies in calcium can cause poor bone density and stunted growth along with irregular blood pressure and poor blood clotting.

A pup stage dog should be very carefully observed by dog owners while being supplied with spinach as their kidneys are in the developing stage at the time. Underdeveloped kidneys are not as efficient in eliminating calcium oxalates; thus, it may lead to urinary problems later in the life stages of the dog.

Though, to be honest, huge amounts of spinach needs to be consumed by your dog to experience any serious problems. Dogs with normal kidneys have no difficulties in digesting and eliminating small oxalate amounts. Although, dog owners should be careful about prolonged consumption, as it could lead to irregular heartbeats, weak muscles and kidney damage. High levels of sodium in spinach can cause problems for your dog too.

Adding Spinach To Your Dog’s Diet –Methods And Warnings

So, as you see, Popeye’s snack is beneficial both for us and our pets. Just consult your vet before adding spinach and your pooch is ready to have this low-calorie snack four or five times a week.

Treating Dogs For Parasites With ZoGuard Plus

Importance Of Yak Cheese For Dogs