Training a dog is always a difficult task but can also be great fun.  Standard training like Sit, Come, Stay can be quite simple.  But what happens with disobedient dogs that just don’t want to listen at all?  Stopping your dog from barking is one of those very difficult tasks that if successful is very rewarding for your ears, thats where PetGentle comes in.  Anti-Bark Devices & Shock Devices are a great way of reducing the noise / stopping it completely but in the case of Shock Devices they can be harmful to dogs.  Other ultrasonic Handheld Devices, like PetGentle, are available and we have reviewed them here.

Barking is a frustrating trait in dogs.  Ralph and Rupert both bark when someone passes the house, the post person arrives, friends / neighbours come to the door and sometimes generally at nothing.  This gets frustrating when trying to work or watch TV.

Does your Dog Bark? or Jump? Do you feel embarrassed with his behavior? Get an easy, effective Dog Training solution for him…now.

It drives us crazy and we needed a simple and effective training method to help reduce the excessive barking and this is when we turned to PetGentle.  We didn’t want a Collar or Plugin Device as we wanted to control when to stop them barking.  The PetGentle device is great as we can have it to hand like the remote controls.  The included flashlight helps if you are taking the PetGentle device out on walks.

So what is? Let’s Take a look…

What Is the PetGentle Anti Bark Device?

One of the oldest dog training devices was a classic Dog Whistle.  Many dog owners these days do not own a whistle as they believe there are much more advanced training devices out there.  However, PetGentle have proved everyone wrong with this device.  The difference between this device and a class dog whistle is the PetGentle is completely silent to humans.  The infrared flash light at the front and the whistle both help reduce bad behaviour in your dogs whilst not bothering anyone else around you, especially at parks.

Having a flashlight on this product just adds a nice little feature for you to distract your dog from barking.  Mostly you would use the ultrasonic sound which is enough to quickly direct your dogs attention elsewhere.  For some dogs, they seem immune to the sound and will continue to bark.  This is where the flashlight comes in handy along with the sound.  Turning the flashlight on will quickly turn the dogs head and hopefully reduce the excessive barking.

Included with the PetGentle is a 9v battery which helps keep the device working.  The best part about this device is that nothing is connected to the dog either via collar or spray device and no direct action is taken to the dog through vibration or shock.  Not only is the device light and gentle, it provides the same effective training as a collared device.

Can a Dog Whistle Stop My Dog from Barking? Here’s How…

Having an expectation that all training devices will work will leave you disappointed as this is not always the case.  Sometimes the only way to train a disobedient dog is with professional help but they are always worth trying out first.  Any form of training for your dog requires a lot of positive messaging as well as a superb device like the PetGentle.  Treats, positivity and PetGentle will ensure you get the overall required effect.

Dogs hearing is far greater than that of humans.  The ultrasonic sounds emitted from the PetGentle device is set off at the touch of a button.  As the device is handheld you are in control of when to press the button and when not too.  The sound can feel uncomfortable for a dog as it is so high pitched which immediately helps to reduce the bad behaviour and stop them in their tracks.

Sometimes the new sound might just be enough to immediately surprise the dog and make them stop, mainly to see what is making that noise.  If your dog begins to bark unnecessarily then quickly press the button, let off the sound and they should turn their attention to that and stop barking.

What Makes PetGentle Standout from Others?

You can scour the internet for hours and hours and find hundreds of different whistles, ultrasonic sound devices and anti-bark devices/shock collars.  What you don’t find in a lot of these products is the amazing product like PetGental has and the background for its being.  With any product for your pets you want one that’s made by a company that knows exactly what works and what doesn’t.  What uses classic methods in training and puts them into practical options for us as pet owners.  Dog whistles / ultrasonic sound devices have been around for a long time but a lot of companies have forgotten them.  Many prefer the collars that vibrate and shock dogs.  None of these are necessary if a whistle like PetGentle is used correctly.

Dogs barking can become frustrating, the same as when a baby cries a lot.  They cannot speak and that the only way to communicate.  Ralph and Rupert bark a lot and it does become irritating when someone walks passed and they want to scare them away even when they are not a threat.  We know they are trying to tell us someone is there but 2 of them at the same time is just a little frustrating.

Since introducing the PetGentle it was amazing at how quick they become surprised by the new sound in the house.  Initially they would look at us and continue barking for a second then stop.  “Whats that sound?”, “where is that coming from?” the look of confusion on their faces was quite funny.  After a couple of days, the barking became less and less.  The only time they bark now is if someone knocks on the door or enters the garden which is exactly what we want.

We have 2 Dachshunds and for anyone that knows, Dachshunds are little dogs with big barks.  Using this device has been a headache and earache saver and one I would highly recommend.

For those that take Amazon & Ebay reviews into account rather than trying the products themselves, here are some other devices that work the same as PetGentle…

Alternatives to the PetGentle Device

The PetGentle is a perfect size and device for helping reduce or stop unnecessary barking from your dog(s).  The flashlight inclusion is a nice little feature that helps the most disobedient dogs become distracted from barking.

If you are not keen on the idea of getting a Collar or a Anti bark Device that you don’t control then the PetGentle is a perfect alternative.  The ultrasonic sounds can be heard by your dog(s) and will immediately draw their attention.  If you are wanting to stop the unnecessary barking then you need to ensure you have the time to train them but also ensure consistency.  Don’t make them stop one minute and then leave them the next- this could make things worse.

Nobody wants to hurt their dog and the PetGentle is just that, Gentle.  You can take with you to the park or the beach as the device is small and lightweight making it easy to carry.  As the ultrasonic sound can be heard by dogs, it can also affect dogs that are nearby.

Training your dog is difficult but rewarding and PetGentle want to make the process as simple and fun as possible.

Why not try it out for yourself and share your results!

This site uses Akismet to reduce spam. Learn how your comment data is processed. 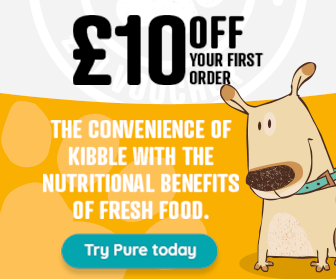