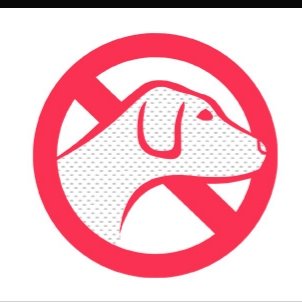 Dogs are the most popular pet in the UK and it is no wonder why thousands of people every year buy a new car that suits their four-legged friend. A survey of more than a thousand UK residents who own a car and dogs was conducted by North West based personal car leasing business All Car Leasing earlier this year with some astonishing results

• 1 in 3 owners admitted to risking points and a fine when driving with their dog
• 21% of British people don’t let their dogs in the car
• Your dog’s size will determine where you put the dog in the car.

The research carried out identified that malting pets and a doggy odour were the main excuses for not letting dogs ride anywhere in the car. A total of 21% of 1216 asked to refuse to let the dog in the car at all. Most of those that were happy to let a dog in the car identified, small and toy dogs are likely to be kept on the passenger seat or footwell when driving. Medium-sized dogs are usually put on the back seats, while german shepherds and other large breeds are kept mostly in the boot.

Most people think about their dog when buying a new car, a total of 62% think of the needs of their canine when shopping for a new car. Most dog owners drive small hatchbacks a whopping 260 of the 961 who let pets in the car. Less common are the estate, crossover and SUV. The main features of new cars owners look for are a large boot, easy access for their pets to avoid the need to be picked up and a quality hard-wearing interior that is easy to clean and resistant to damage.

Aftermarket accessories dog owners should consider buying to keep them on the right side of the law and their dog safe are guards for the boot to keep the dog in the boot and out of the cabin while driving or parked. Clip-in harnesses keep the dog restrained so that the driver doesn’t break the law and risk a fine or points on their licence. 1 in 3 drivers surveyed admitted to travelling with their dog unrestricted. Incidents involving a driver with a loose pet can be considered undue care and attention and risk prosecution, not to mention the risk of injury to any sized dog in a motoring collision.

Manufacturers have been offering dog or pet packs on their models including Tesla’s “Dog Mode” which will let people know your dog is ok and being monitored by the car for risk to health. Nissan offers a small water bladder to shower a dog and scratch-resistant boot liners as part of their “Paw Pack”.

Digital Marketing Assistant from All Car Leasing Richard said “When travelling with our dog in the car we keep the Papillion in the footwell on the passenger side with a passenger. After the research, we have invested in a puppy ramp and collapsible crate for the boot for the dog’s safety and our own.”

You can find the full findings on their campaign ‘Homeward Hound’ here.

Rainy Day Dog Activities: Guide to Keeping Your Dog Occupied in ANY Weather

How To Teach A Stubborn Dog To Lay Down?

How To Use a Halti Training Lead? – Buyer’s Guide